Firearms in the Ukraine

Feedback: 12 / 0 / 0
This site is packed with the strange stuff found the Ukranians are using these days. And there is a discussion about 60 Keltec rifles at customs as well: 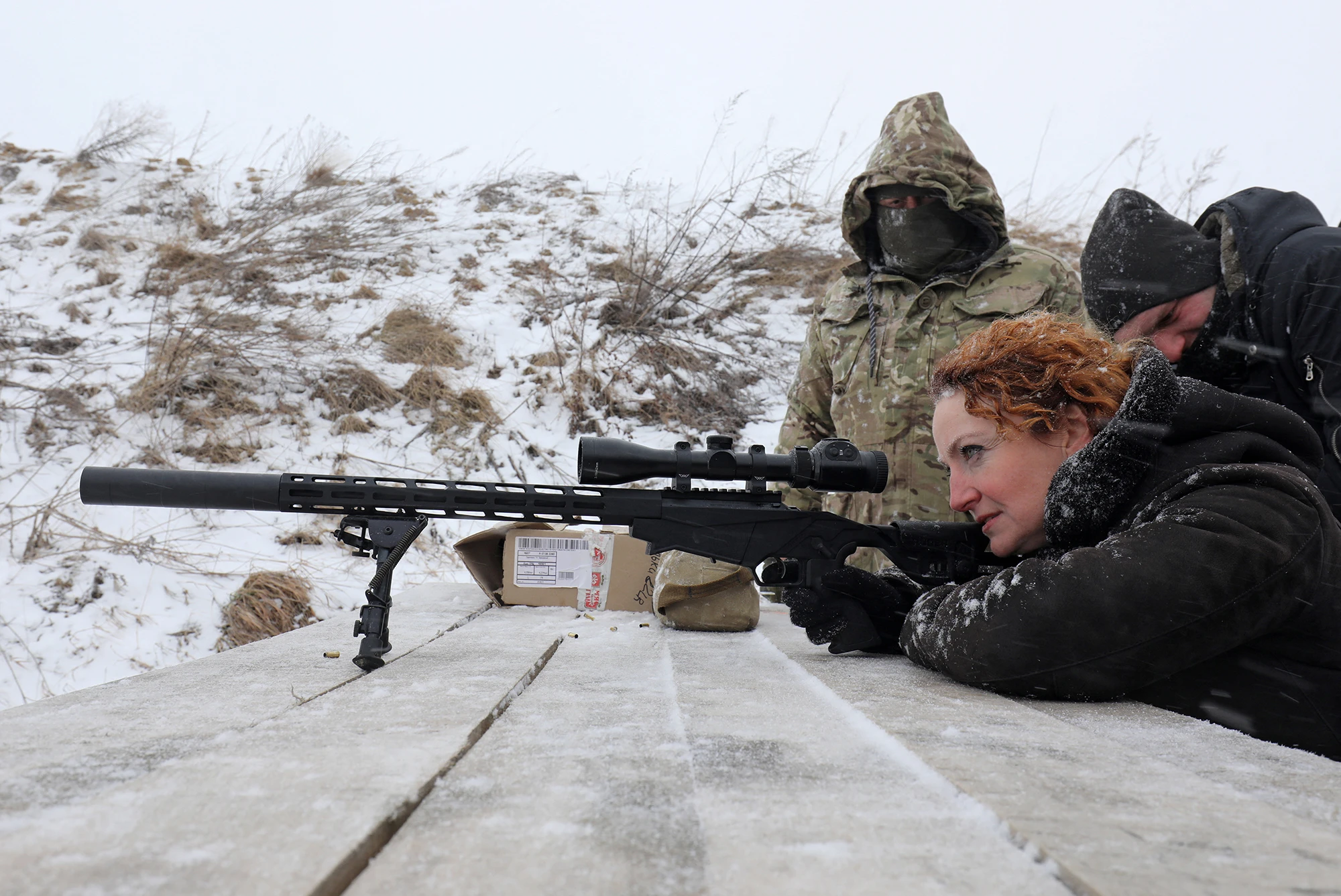 Guess a number of M14s showed up in Latvia and Estonia at one point and are now in the Ukraine: 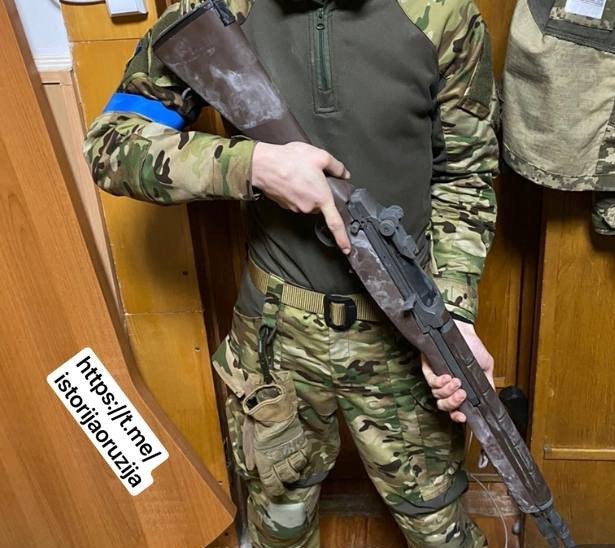 An M2 is in action over there: 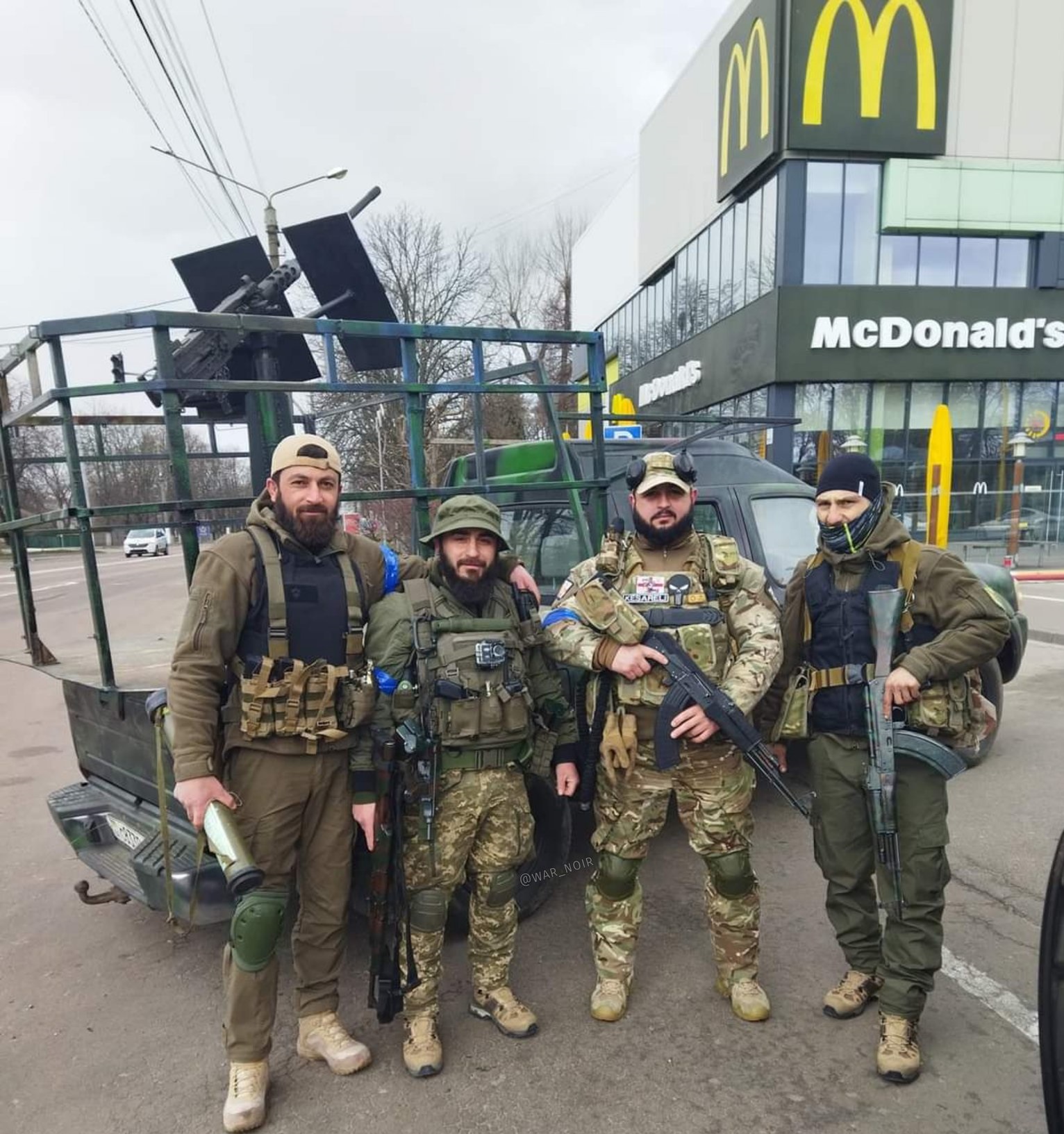 From the other site:
"Many of the organizers have no clue how to navigate international arms export rules, which sometimes require approvals from the Departments of State, Commerce and Defense to ship even non-lethal tactical gear. Organizers of one such drive in New York are piggybacking on KelTec’s license to export 60 long guns they recently collected."

to the victor go the spoils, and if we can get them to enjoy the flavor, we can sell them more guns and munitions...give it a few more years and orders resulting from the samples left in Afghanistan should be pouring into the MIC.

FP1201 said:
to the victor go the spoils, and if we can get them to enjoy the flavor, we can sell them more guns and munitions...give it a few more years and orders resulting from the samples left in Afghanistan should be pouring into the MIC.
Click to expand...

Or ISIS East units carrying them (see also GATES OF VIENNA).
A

Feedback: 5 / 0 / 0
I read somewhere that Zelenskyy thinks he's gonna get everybody to turn in them weapons when the fighting is over...
Larry

Feedback: 15 / 0 / 0
some video of the Polish grenade launching revolver:

Location
Foothills of the Blueridge Mountains

Feedback: 69 / 0 / 0
Found a "list" of the "to date list issued" that among 6,000 Javelins, several thousand stingers, LAWs, light & heavy armor attack drones 2,000 M60E2 belt fed machine guns were on list along with 200,000 rounds of linked ammo in same shipment. It's amazing how many Russian helicopters, SAM missiles and other heavy Soviet equipment we are sending. Guess we picked it up in places like Iraq and Lybia and now have a use for it. List was a few months old but was up to over 20 billion in military aid from U.S. from M4s to body armor to artillery and drones with Biden approving 14 other NATO countries to disperse at will like the Brits. There is now discussion of giving forever soviet nations that have applied or become NATO allies U.S. front line fighter aircraft so they can give their Soviet aircraft to Ukraine. There are so many agencies from local police departments to no telling what CIA is doing and bet Delta is in-country training troops.

I have a feeling the Russians who are always money and resource poor have jumped into another Afganistan that is going to bleed them. Reports have them up to 30% of their "cannon fodder troop" numbers at 30% wounded or killed. Dems and the U.S. elite need to pay close attention as what's happening in Ukraine is exactly why our forefathers wrote the 2nd Amendment. Only so far the politicos can push before backing men up into a corner or defending their homes turns to a quagmire. Before the Ukraine war began was buying most of my milsurp out of Moldova, Ukraine and Croatia. When this winds down and Ukraine needs cash to rebuild can't wait to see how much "aid" ends up for sale online. Was amazing how much USGI equipment bought out of Moldova before this latest flap. PEWS systems, ULCANS gear, a full shipping container of body armor and offers to sell then send via standard post items would not want unless had import permits and licenses but these vendors said not required for them to sell and most got through.
A

Feedback: 6 / 0 / 0
corrupt VS corrupt . let them fight ! Whole war is a propaganda nightmare. Cool weapons though.

Location
Foothills of the Blueridge Mountains

Feedback: 69 / 0 / 0
I like seeing all the U.S. citizens carrying M4s in full USGI kit that are "voluunteers". Many history buffs may remember during the Spanish Revolution there was the Abraham Lincoln Brigade of 3,000 Americans that was one of the top units in the war till the Fascists got Hitler to step in as a trade to open their train line over the Pyrenees to be used not only for importing war supplies but export stolen art and valuables. Only good part of that was for about two years a lot of Jews got out of Germany and immediate area taking the train south into Spain then far as able once got south. Think they have a mostly U.S. Lincoln brigade in Ukraine and I wonder how many are from Delta sent to train Ukraine conscripts. If not old and broken down a trip to Ukraine would make a fun vacation. If owned a travel agency would be selling tours of Ukraine where folks got at least a chance to send rounds toward Russians. Bet you could flip a tidy profit if able to put it together.

The Lincoln Brigade came back, trained at Benning and were a big part of training, Walter Garland based on his experience as a machinegunner in Spain redesigned major imporvements into our macnine gun sights going into WW2 and many Lincoln Brigade veterans were instrumental at D-Day activities. The U.S. military really weakened their overall effectiveness as was a mixed race group and they pulled the blacks off the line and were loaning them to south Georgia farmers to work the fields instead of training troops or using their skills to fight because so many were black.

Feedback: 15 / 0 / 0
back on topic. This is from a trench in Donbas a few days ago. Anyone know what kind of muzzle device that is on the 74 in the foreground?

Abominog said:
In WW1 water cooled HMGs were used for indirect fire. It was a significant part of their training and use. The mortar replaced the water cooled MG for infantry use. The browning 50 cal water cooled was used for AA, but that was killed off by 20 and 40mm with multiple barrels.

today an old water cooled is still far more reliable than the PKM or M240. However mobility is limited, and with mortars and rockets a heavy water cooled gun with a crew is a sitting duck.

i would think there would still be a role for water cooled guns in defensive positions where there has to be a MG anyway, and the attackers know there’s gotta be one there.
Click to expand...

I‘m flabbergasted actually. I honestly thought the day of the water cooled Maxim was long passed a century ago. But yeah, I agree with your assessment on the durability of the old things. Typical overbuilt early 20th Century equipment. A superb piece of craftsmanship.

I can’t begin to imagine the sustained rate of fire with a radiator and electric pump closed glycol cooling system.
You must log in or register to reply here.
Share:
Facebook Email Link
Top